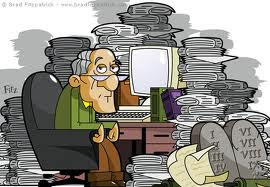 And I have a really good one: God is making me do it. Because of my intention to pay attention to what I know of myself, and what God seems to tell me about my call, throwing stuff away is especially difficult. Voices I consider authentic concur that my life is to be about using it up, re-using it, and recycling the rest. I am so in love with this good planet that we have been given, that it hurts my heart to waste or abuse the resources at our disposal (Yikes! Disposal. Did I say that?) My call and my nature is to NOT throw stuff away.


So now you know why I’ve had a perfectly good roofing sample folder hanging around since we had our garage re-shingled last summer. It’s heavy cardstock with eight 2”x4” different colored shingle samples glued to it. If it were only card stock it would go to the recycling bin, but those samples make it complicated. I have called the roofers two times pick it up and they said they would but haven’t. (It turns out that they’re a regional company and don’t have a location where I could drop it off locally or I would.)

I just can’t (won’t) pitch it. And of course the stupid thing doesn’t go away along with lots of other kept objects. It’s just the tip of the recycleberg. I’m not even going to mention the tangle of electrical cords cut from defective appliances.

But I’m serious. I’m literally caught between a trash bin and a recycling tote. Desperate times call for desperate measures so once again I turn to God for what I know will be an answer which is right for the occasion. On this very day, what I think I am hearing is “Create a system; you have a big enough house and enough boxes, bins, bags, envelopes and folders to get on top of what you’re seeing as a problem.”

And I’m not without the resource of another good partner besides God. Laurel is a talented organizer and has remarkable diligence when it comes to finishing the task. I’m not too bad about keeping things tidy when I know where to put them, but not so hot at making decisions about the single weird item; that’s Laurel’s specialty.

I’m optimistic. There is clear Biblical evidence that it is God’s point of view to regularly think, “There’s still good in that; I can use that in a new way.” I am certain that this same instinct is part of the way I was created. So there is no taint of alibi, when I say, “God is making me do it”; what there is, is a sense of living the adventure of day-to-day call.

by Tom Pappas, Guest Blogger
Posted by Unknown at 10:27 AM