We Lost our Banana 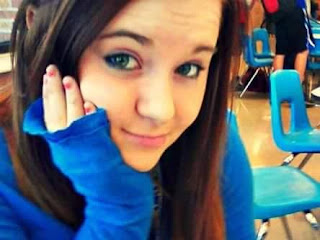 I am writing this with tears in my eyes.  Eleven days ago my son called to say that, “Jana has killed herself.” For the second time in 15 years I stood with Andy at a graveside grieving a beloved woman in our lives.

Jana grew up fast and couldn’t wait for the next milestone. She had been 21 for a mere three months. She did a lot of moving as a kid and made friends easily. She was kind and perceptive. She was fiercely independent. She wrote that nothing could dissuade her for her last act in life and I believe that.

Her aunt, Christine, dubbed her Jana Banana and she seemed to like it. Each grandchild decorated a garden stepping stone and I remember her saying, “I know exactly what mine will be.” She picked out all the yellow from the kit and fashioned a banana in the concrete. 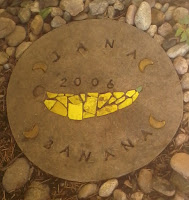 One day I drove her home from high school and she reported to me, “I try to bring joy to every situation.” And she did until the last couple of years when depression gripped her tightly. Her family (both sides) has firm faith connections. Dad grew up Presbyterian and mom Baptist. Jana knew closeness with God and as with all of us, some times it was more discernible than others.

Our pastor conducted the service masterfully and our son, the musician, sang a song he had written for his daughter; how he did that I do not know.

Family has been extraordinary. Church family and friends have been exemplary. Lots of us want to turn back time and shake her to direct her attention to how many people loved her. I have the consolation that my last time with her was one where I verbalized love (which she heard) and hope (which she didn’t hear).

It hurts a lot, but poor Jana hurt so much more that she felt death was the only way to make her pain quit.  I guess that’s where I start looking for the good news in this awful story. Jana is at peace.

At the graveside the pastor had us turn to each other and say, “It’s not your fault.” While not good news per se, it’s important to know it and believe it..

God is real and present.
Posted by Unknown at 11:21 AM