Prayer for Being At Home in the World 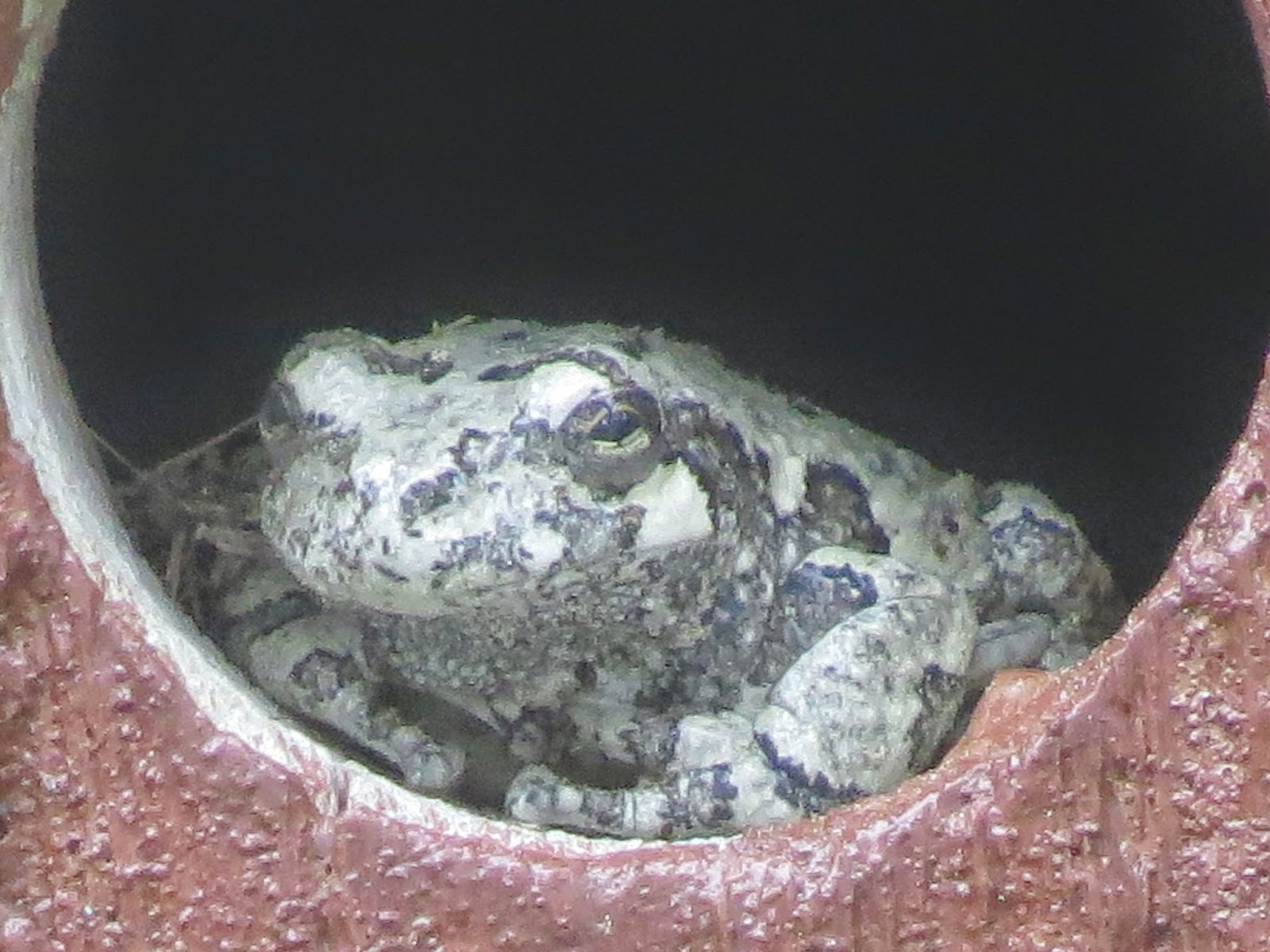 I’ve been thinking lately about what it means to be “at home” in our great, wide world, a rumination triggered by a small green, gray, and cream-colored frog that has appeared in my eastern Virginia backyard—in the doorway of a birdhouse.

Re-appeared, I should say, for I saw it in the same place last spring. A year ago, however, I gave it little thought, assuming its birdhouse visitation a fluke, a one-time stop the frog was making on its way to whatever realms such frogs make their way to. It turns out I was wrong, as I am in so many of my assumptions. The frog is committed to living in the bird box (it probably overwintered there), and I am taking it seriously as a full-time fellow sojourner on this property where I also live. I have learned that it is a Cope’s Gray Tree Frog. Its scientific name is Hyla chrysoscelis, “hyla” being Greek for “belonging to the woods,” and “chrysoscelis” being a combination of Greek words for “gold” and “spot,” a reference to the marking on the frog’s inner thighs.

I have been watching the frog a lot, partly because it seems surprising that a frog would take up residence in a bird house, and partly part because of how much it seems at home there. I might think it is out of place, but clearly it does not think so. Even last Wednesday when several hundred people came through the yard on a garden week tour—and at least several dozen of them went within five or six feet of the birdhouse to photograph the frog in the doorway—it seemed perfectly at ease, not doing anything to call attention to itself, such as calling or moving around, but also not shying away from the gaze and chatter of strangers. Oh, to be that centered, that calm, that much at home in my own skin!

I don’t know if the frog has anything to teach me about how to do that. Its presence does however suggest something about the limits of labels. Simply calling a frog a “tree frog” does not limit it to living in trees. Simple giving it a scientific name suggesting that it belongs “in the woods” does not prevent it from living instead in a birdhouse in someone’s back yard.

How wonderful that the frog is not bound by human-imposed labels. Can we humans say the same of ourselves? Over the years, each of us has likely acquired labels, some bestowed by other people, some adopted by our very own selves, and there is a good chance that some of those labels impose unnecessary limits on us, our lives, even our sense of well-being. Perhaps it is time to re-examine some of those labels. Perhaps doing so is a way to find ourselves truly at home in the world. May it be so.
Posted by Unknown at 9:31 AM