Prayer for a Changing Planet 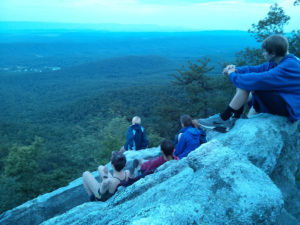 In the summer of 1976, I went for the first time to a retreat center called Shrine Mont. There I made the 500-foot climb up Yellow Spring Mountain to a clearing where a wooden tower is topped by a large wooden cross. That summer, I had been married for six years. That summer, my two sons were young, ages three and four, and the prospect of grandchildren was so far in the future as to be unimaginable. That summer, I could hike up to the cross and back in forty-five minutes—though why I was in that much of a hurry escapes me now.

I went there again last week. This summer, I have been divorced for six years. This summer, my hiking partners were my older son and his two children, ages nine and eleven. This summer, I could not have gotten up the mountain and back in forty-five minutes even if I had wanted to—though, thankfully, no one was in any rush.

Things change. Things change not only in the lives and relationships of us humans but also in the life of our planet, which the 1979 Episcopal Book of Common Prayer calls “this fragile earth, our island home.” Part of the Appalachian chain, Shrine Mont’s Yellow Spring Mountain probably was once as high as peaks in the Rockies or the Alps. After eons of erosion from wind and water, however, today it rises only about two thousand feet above sea level, a far cry from its earlier glory days—though still high enough to count as a good climb.

At the clearing at the top, I stopped to pick up a rock streaked with red. I wanted to show my grandchildren an example of the iron deposits that lend a metallic taste to the spring water we had sipped at the foot of the mountain. When my granddaughter turned it in her hand, lo and behold, there in the rock, in addition to the veins of iron, was the fossilized imprint of a shell. Could it be that the land on which we were standing, long before it had been pushed up into being a mountain, had been the bed of an ancient sea? Talk about change!

Change is all around us, sometimes subtle, even invisible, and sometimes obvious and unmistakable. At times we welcome the gifts that change brings into our lives. At other times, we rail against the losses and the grief it dishes out. Somehow the human race has managed to muddle through all manner of changes—births, deaths, marriages, divorces, illnesses, the rise and fall of empires, wars, feasts and famines, employment and unemployment and retirement. It helps, of course, to make the climbs and descents of change with people we love—and to come into clearings along the way where we can stand at the foot of the cross, take stock of our situation, voice our fears, name our thanksgivings, lift up our prayers. 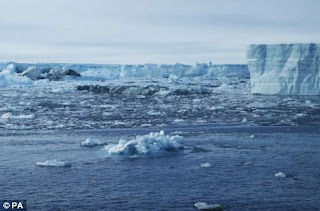 And then there is our planet, which is undergoing changes in climate much more rapidly than scientists had originally thought—and with consequences we are only beginning to grasp. “Every valley shall be lifted up, and every mountain and hill be made low,” the prophet Isaiah tells us. Indeed. And the ice caps will melt, and the sea level will rise, and weather will become more and more extreme, and….

Please read, share, and comment...what are the changes you are struggling with?
Posted by Unknown at 9:18 AM