The Call to Conserve

But my gratitude was not just for the beauty of God’s world.  It was, and is, for the people who had the foresight and courage to set aside beautiful places for public use.  It couldn’t have been easy.
Often we hear phrases like “preserve for future generations,” and it can sound kind of trite.  On this trip, I was one of those “future generations”, and creating a ruckus in the back seat of our van was the next generation after mine.  Together we were able to sleep under the stars and see grizzly bears and hike to mountain lakes because a bunch of people many years ago fought to keep that land available for people like me.
It is easy to think that you have to be a millionaire to help conserve nature for future generations.  But as Tom Butler reminds us in his book, Wildlands Philanthropy, there are many ways to help.  He writes, “The collective annual memberships to conservation organizations have purchased millions of acres. And through those local land trusts, thousands of citizens are working to preserve natural areas in their own communities.”
Thank you to all of you—living and dead—who have conserved land for future generations.  And a question for myself and others of my generation:  What are we doing to conserve these places of wonder for the kids in the backseat?
Posted by Unknown at 10:10 AM No comments:

The Words Come Back 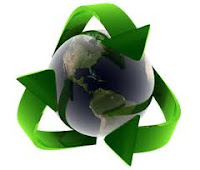 We recycle everything. This even includes the foil packets that some tea bags come in. (There’s a special way we have to turn them in to our collector.) There’s no doubt in my mind that recycling is the right thing to do. (Although we discovered in this summer that re-use is the first option and recycling is second.) I’m maxing out on parentheses!
My theology is my foundation.  I imagine God loving creation into existence and caring deeply about what God made. Not every Christian believes this but I for one insist that it’s our duty and responsibility to love and care for this planet as best we can.  It takes time and sometimes costs more.
This brings me logically to something I told my investment broker over a year ago.  I was harping about the fact that my holdings were subject to the whims of strangers in a strange world that I don’t understand too well and whose values I sometimes challenge. In this discussion, I noted that my church purchases foam cups for coffee fellowship because they are less costly than paper. The paper disposables slowly degrade in the landfill but the ones I used as a new member in 1970 are still there and will be always. Talk about eternal life!
I told Steve it would be worth it for the church to pay more for paper disposables because it’s the right thing to do.  In the same way I have consistently instructed him to find me socially responsible investments – which don’t necessarily drive the Dow up but I feel are the right way to go. More parentheses. (The latest terminology is ESG  investing - Environmental, Social, Governance.)
The last time we met with Steve I felt like an environmental evangelist. He indicated he had signed up for an ESG investment seminar because of what I’d said – the comment about the church’s coffee cup selection. He was inspired by what he heard there and is now a new, true-believer and sends me every article about the topic the comes across his desk or screen.
It’s not very often that the very words I say come back so directly and I am so pleased with the outcome. In this case I think God might be smiling too.
*Our church hasn’t used foam cups on Sundays for over 3 years.  Thanks to my friend, Dwayne, we started a rotation of cup washers. 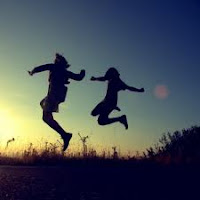 “Finding the treasure is only the beginning of the search”
~Henri Nouwen Source: The Inner Voice of Love

I find this an interesting way to look at a treasure hunt, that the job is only partly done once the treasure is found. In our Western culture it seems that we have been indoctrinated with the idea that finding the treasure is the final goal. This logic certainly negates the teaching that joy is found in the journey and not in the destination and it leaves out the part that another journey begins after the treasure is found.

Following are the words to ‘Joy in the Journey’, a song by Christian musician Michael Card which speaks of the Christian journey toward a treasure:

I began writing this a week ago, before I had surgery to remove the screw from the bone in my foot that I broke last January. The procedure was more intense than I had expected it would be. So I’m waiting to feel the Joy, waiting for the release from the pain and discomfort that I had expected would come immediately after the surgery. And I’ve been reflecting on how to finish this letter I started.

What comes after one finds their treasure? I’m sure we’ve all heard stories about how a large number of lottery winners end up broke within a short period of time after receiving their treasure. And we’ve also heard the stories of those who feel the need to hoard their treasure instead of sharing it. And I’m sure there are many, who like me, expected immediate relief from whatever they felt burdened by. Although, I had no doubt I was to have the screw removed (was I obeying? I’m not sure.), I missed the mark (sinned?) by expecting immediate relief. Sometimes I wonder if God will someday lose patience with me for hastily jumping to the conclusion I think I want and need.

Then God sends a reminder of God’s love for me, renewing my belief that we all have been invited to experience the “Joy in the Journey… and the wonder and wildness of life” and I begin to move along again on my journey, trusting in the love of the Ultimate Guide to the treasures of this life, Jesus, the Christ.

How is your journey progressing? What treasure are you seeking? May you always remember, God has better things in mind for us than anything we can imagine and hope for.


Tracy Moore lives in Michigan with her husband, Terry, and volunteers her time and energy as our prayer team leader.  She is a trained spiritual director. 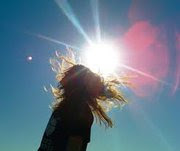 A few weeks ago in this space, Angier Brock quoted the now famous last line of Mary Oliver’s poem The Summer Day:  “Tell me, what is it you plan to do with your one wild and precious life?”

Not surprisingly, that line is often quoted in blogs, sermons and career counseling offices.  One of the more unlikely places that single line has found a home is the . In “The Portrait Project”, HBS graduating M.B.A. students are simply asked to respond to Mary Oliver’s provocative question.  Those responses are paired with a black and white portrait of the student.  The result is a beautiful demonstration of what happens when business school students are asked a good question.

Betsy Brink is a friend of Lumunos and on the staff at .  Not surprisingly, The Portrait Project is one of her favorite assignments.  She says:

“The journey that leads to MBA school is fairly predictable, with some exceptions.  What students may not have spent a lot of time doing while on the business track, however, is reflecting on their lives.  The Portrait Project invites them to answer a question that gets them thinking about experiences they’ve had – working as a kid with a grandmother at her roadside corn stand in Maine, losing a brother, turning down an opportunity to play Harvard football (and regretting it), growing up with a sister with autism, getting a cancer diagnosis as a twenty-something – and how those experiences have shaped them as people, whether they’re completely aware of it or not.  This kind of reflection is something good leaders do, but maybe we don’t invite students to do enough of it while they’re in school.  The Portrait Project is an invitation to slow down and reflect on their whole lives, maybe gain some self-understanding.  I’m not sure students would think they were about the business of discerning call, but that’s certainly part of it.”
I urge you to take a look at the portraits and introductions here.
These people will inspire you.  Maybe enough to answer the question yourself:  What are going to do with your one wild and precious life?
~ Doug Wysockey-Johnson
Posted by Unknown at 6:38 AM No comments:

Prayer on a Summer's Night

A dolphin swims through the stars. Two bears lumber along, and a dragon swings its tail between them. Interesting creatures inhabit the night sky, and lying on striped beach towels in a dark meadow on a Virginia mountain, my granddaughter and I intended to spot as many of them as possible.
As it turned out, we did not linger, for my granddaughter grew nervous about the faint flashes that began intermittently lighting the western horizon— “heat lightning” we used to call it. I tried to reassure her that, given that our skies were still clear and we could not hear thunder, the storm was still somewhere in West Virginia. She was not convinced. She has heard that the father of one of her classmates was struck and killed by lightning, and she did not want to take chances.
At nine, her world is expanding—which means her sense of life’s perils is also expanding. She knows about her classmate’s father. She knows about last summer’s oil spill in the Gulf, last spring’s nuclear disaster in Japan, and the current drought and famine in Africa. Although at present she remains blissfully unaware of the contentious debates about our country’s budget that have occupied much of our recent domestic news, she will feel soon enough—for better or for ill—the effects of whatever decisions our legislators ultimately make.
But she also knows about stars, and about the goodness of getting far enough away from city lights to see them. Humans have long looked into the night sky for various kinds of guidance. Sailors have set their courses by the stars, and poets have taken inspiration from them. John Keats wrote of the steadfastness of stars. Robert Frost saw in them something “to stay our minds on, and be staid.” Stars remind us that there is something greater than ourselves out there.
Before we left the meadow, my granddaughter and I were able to pick out four ancient night sky markers: Delphinus the Dolphin, Draco the Dragon, and Ursa Major and Ursa Minor, the Great and Small Bears, also known as the Big and Little Dippers.
I do not know what, if anything, she may remember about our experience that night, but my prayer for her as we returned to our room near the foot of the mountain was that she always be able to find a place apart—even if that place seems a little dangerous—where she can stare into the dark, see points of lights, and feel connected in all the best ways to the world she inhabits.
Indeed, that is my prayer for all of us.
Angier Brock
Posted by Unknown at 9:00 AM 1 comment: