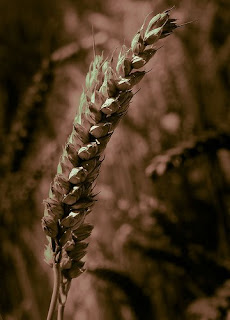 Steve and Joanna are considering putting their house on the market. This is not just any house—it is the house that they designed together; a house that is filled to the roof with sunlight, beauty and memories. When they moved in, they gathered with friends to communally bless the space and ask that it be a place of hospitality for others.

At various times in their careers they have moved out of the area. Each time Steve and Joanna have returned to this neighborhood. The house and town have been a touchstone for them. And now they are talking about moving.

The reason is simple: they can’t afford it anymore. And not because of the recession. For the first time in many years, they are both in jobs that feel like call to them*. Their work is filled with meaning and purpose; they are using their gifts; they are growing. Steve and Joanna also believe that the world is better because of the work they are doing. But the fact is that they aren’t making as much money as they used to.

So the cost of doing this meaningful work may well be the house that they love. As I talked with them this past weekend, I was struck by their openness about putting the house on the market. We spoke about this same possibility years ago, and I could tell it was almost too excruciating to even talk about. Now it’s very much on the table. It would be painful, but it would be worth it for the fullness of their lives today.

Is this what Jesus meant when he said “Unless a grain of wheat falls into the earth and dies, it remains just a single grain; but if it dies, it bears much fruit”? That some things need to die so that deeper, better, and more meaningful things can grow? Steve, Joanna, and Jesus are making me wonder what I need to let go of so that I might ‘bear more fruit’. 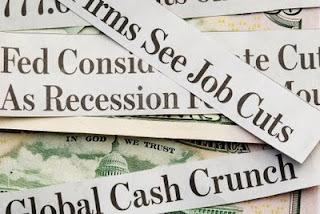 First, a disclaimer: I am still employed. That does make a difference, and no matter what I or anyone says about "knowing how you are feeling" when you have been laid off, we don’t. So take this with a grain of salt.

My brother once wrote this to me after going through a particularly painful experience:

"First thing I did after the shaking stopped was to get on line to family, to best friends, and tell my story, get a nod, and a wince, a gasp, hear the promise of love where it already really is, start to weave the net again."

This is what healthy people do when things get rough. They come together to tell the story, get the wince, begin to weave the net again that will enable them to move forward. It is one of the bright spots in this difficult time—people are coming together in ways they have not before.

For decades, Lumunos has been bringing people together to help them move forward. More recently we felt called to help those in job transition. Our new program is is called ‘Make a Living, Have a Life’. We have learned through our pilot group that our way of working with a group is the perfect compliment to all other things people typically do when they are looking for a new job. Online searches, resumes and networking are important. But it is just as important to help people listen to the deep places within them, finding the wisdom and guidance that is often overlooked.

One current "Make a Living, Have a Life" participant said:

"Vocation is not something I've really sought in a job before. Up to now, it has been a 'take-what's-available' strategy combined with a 'hope-it-works-out' philosophy. So far it has, but now it's time for something more. 'Deeper' as our facilitator would say. This is hard ground, and it's helpful to have a group to work things out with."

If you or someone you care about has recently lost their job or is in work transition, join a Make a Living, Have a Life group. Groups are currently forming, and we welcome you.

Posted by Unknown at 9:19 AM No comments: