Prayer for the Headlines 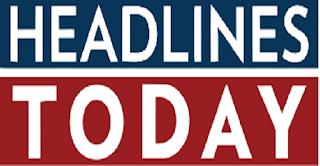 Aware of the looming deadline for this blog, for several days I have toyed with possible topics. I considered the discovery, announced last week, of “liquid water” on Mars—a humorous phrase in some ways, yet one that makes clear the startling nature of the discovery: not all water on the Red Planet is frozen solid. But Mars is so far away. Though exciting, the astronomical news of its liquid water paled in the wake of the human tragedy at Oregon’s Umpqua Community College. I wonder about us Americans and our guns. Maybe you do, too. Among my many questions is this: Why, oh why, did the House appropriations committee, just this past June, renew a 20-year ban on CDC research into the causes of gun violence in this country? Our nation’s relationship to guns and our history of gun violence are complex and divisive. Hundreds of thousands of words from far greater minds than mine have wrestled with the subject, making it among the last topics I would want to tackle.

I also considered writing about Sunday’s Blessing of the Animals held in many churches in early October near the feast day of St. Francis. Where I was, mostly dogs got blessed, but at least one brave cat and an even braver chicken joined the throng and submitted to having prayers said over them. Meanwhile, as our congregation engaged in that joyful tradition, record rainfalls and high tides from an unnamed coastal storm had led to record-breaking flooding and, in South Carolina, even to deaths. In parts of North Carolina and throughout my own region of Tidewater Virginia, non-recording breaking flooding also wreaked havoc with roads and property. As much fun as the Sunday blessing was, and as sweet as the children’s voices were as they sang “All Things Bright and Beautiful,” that also didn’t seem like the right topic in view of the catastrophic rising waters and all the questions such floods raise: How long and just how far will the seas rise? Where and how should we build? What can we do to protect human life and property in those places where we have already built? Should we re-build in those places known to be vulnerable? Again, those are questions I feel ill-prepared to take on.

All I really know to say right now is the obvious: Headlines, whether international, national, state, or local bring into our day not only news of the wise and wonderful but also stories of the deadly and catastrophic. Some days the latter eclipse the former. For me, today is one of those days.

There remains one further question: How will I respond to the news the headlines convey?
On the large scale, I have no power to change what has happened or what will happen. On a smaller scale, however, there are things I can do. I can contribute to relief organizations and to groups that work for regulations that seem sound to me. I can contact those elected officials whose job it is to represent me in both chambers of Congress. And I can pray for the people whose individual and specific human lives underlie the sweeping, impersonal headlines. I can pray for the angry and the dispossessed, for the mentally and physically ill, for the injured and the traumatized, for the grieving and the displaced. And for the rescuers and medical teams and counselors and others who try to help pick up the pieces. And for the legislators charged with doing the right thing for their people—we the people—whatever that right thing might be.
Posted by Unknown at 9:27 AM