In Praise of the Pause 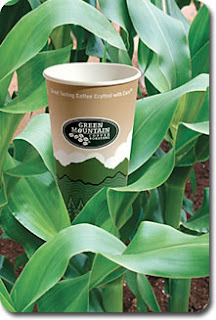 Sometimes stopping is the best way to start.

Stopping can take many different forms.  I know busy people who have gone on 30 day Ignatian Retreats.  I also know a parent who has committed to simply breathing three times before disciplining her children.  Both are examples of stopping before starting.

The prophet Jeremiah was a fan of the pause.  He says   “Stand by the crossroads and look; and ask for the ancient paths, where the good way lies and walk in it, and find rest for your souls.”  According to Jeremiah, pausing at the crossroads seems to be a good idea before heading down one path or another.

No doubt pausing can be an excuse for inaction.  Clearly there are times to act even when the way forward is not clear.  But for the most part I think that we in this culture are addicted to movement.   “Don’t just stand there, look busy” is our way of being.

It is ironic that marketers of beverages seem to get the idea.  Coke’s old tagline was “the pause that refreshes.”  Currently Green Mountain Coffee boldly states that there is “a revelation in every cup.”  If we can get all that from a drink, imagine what might happen instead if we paused and asked ourselves a few meaningful questions about what all this busy-ness is about anyway. We will talk about that next week.

At their best all the great world religions invite us to slow down, reflect, pray and take stock.  There is a call to action, but to what?  How will you know which path to take if you do not first stand at the crossroads?

Barbara Brown Taylor makes the point that if Moses hadn’t been willing to stop and look more closely at something (a burning bush in this case), he wouldn’t be the Moses we know:

Question:  How could you build a pause into your life this week?

(We welcome your comments too.  Simply click the TITLE of this blog, and comment!)
Posted by Unknown at 7:53 PM