In Praise of Defeat 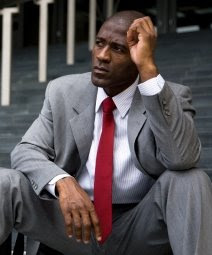 Let’s be clear—being laid off or fired from work stinks. So does bombing a test, failing a relationship, and screwing up with your children. I feel particularly in touch with that last one lately, but have tasted at least pieces of all of the above. They don’t taste good.

With that in mind, I was struck by this from Barbara Brown Taylor:

"Popular religion focuses so hard on spiritual success that most of us do not know the first thing about the spiritual fruits of failure. When we fall ill, lose our jobs, wreck our marriages, or alienate our children, most of us are left alone to pick up the pieces." Taylor, p.78 An Altar in the World
Failure stings. I would no more romanticize it than I would a root canal. But Taylor’s words jarred me with their truth. There is such a thing as the "spiritual fruits of failure". There are things that can only be discovered when we are lost.

A failure in a past job led me to the work I have now. A shipwrecked relationship was the thing that finally got me into counseling, something I had been avoiding for years. A back injury (which is a sort of failure) required that I learn yoga, a discipline that has helped my body and spirit.

But the biggest fruit of failure may have something to do with the last line of Taylor’s quote. She is right in that most of us are left alone to pick up the pieces when we fail. But the opposite is also true—sharing our failures with others can deepen relationships. How often have I felt the collective depth of a community increase as one person and then another is willing to talk about something that is not going well in their life. Far from depressing, this kind of ‘failure sharing’ is usually accompanied by laughter and hope. When the demons and fears are out on the table, they lose some of their power.

Rilke says this in his poem The Man Watching:

"Winning does not tempt that man. This is how he grows: by being defeated, decisively, By constantly greater beings."

I have never praised failure when I was hip-deep in it. In hindsight, it is a different matter altogether.
Posted by Unknown at 8:51 AM